Or read them from here

1. Rules
1.1 The regatta will be governed by the rules as defined in The Racing Rules of Sailing (2017-2020).
1.2 The following rules will also apply:
-World Sailing Offshore Special Regulations – OSR 2019 Category -Appendix B – Inshore races.
– International Regulations for Preventing Collisions at Sea.
– Rules of IRC/ORC 2019.
1.3 If there is a conflict between languages the English text shall take precedence.
1.4 Part 2 of the Racing Rules of Sailing shall be replaced by Part B of the International Regulations for Preventing Collisions at Sea when the racing boats meet vessels which are not racing.
1.5 In case of a conflict between the Notice of Race and the Sailing Instructions, the Sailing Instructions shall take precedence.

2. Classes
Boats will be divided in Classes as follows:
ORC
IRC

There will be two Starting Groups. The placing of boats in different divisions and starting groups will be made according to the entry forms received and shall not be grounds for request for redress.
A minimum of four boats shall form a division.

6. Schedule of races:
6.1 Times of the first warning signals are scheduled as follows:

25 May Saturday
10:00 Channel Races*
* After 18:00 hrs the channel shall be used for ships traffic and all boats shall keep clear of the waterway.

Times are local times: UTC+3.
The Organizing Authority and/or the Race Committee reserve the right to modify the above programme according to weather conditions and/or other unforeseen circumstances.
6.2 Nine races are scheduled including:
– Two Channel races.
– Seven inshore races (windward-leeward or triangular courses)
6.3 There will be no more than 4 races per day.
6.4 On the last day of the regatta, no warning signal will be given after 15:30 hrs unless it follows a signal of general recall or postponement of a race, whose warning signal has been given before 15:30 hrs. If the start of the Starting Group 1 is delayed after 15:30, SI 6.4 shall not apply to the Starting Group 2.

8. The courses and marks
8.1 The courses are shown in the Appendices to these instructions.
8.2 The marks are also described there.

9. The Start and Finish
9.1. Races will be started using RRS 26.
9.2. When a starting sequence is in progress, boats whose warning signal has not been made, shall keep clear from the starting area. [DP]
9.3. The starting and finishing lines will be as described in the Appendices.
9.4. If both Starting Groups will be started together, both class flags will be displayed together.
9.5. A boat that does not start within 10 minutes in the inshore races and 15 minutes in the Channel race(s) after her starting signal will be scored DNS without a hearing. This changes RRS A4 and A5.
9.6. After signalling an individual recall, the Race Committee will attempt to broadcast the sail number, or name of boat that has not started and is identified as OCS on VHF channel 73. The failure or delay to broadcast shall not not be grounds for a request for redress. This changes RRS 62.1(a).

10. Penalty system
10.1. RRS 44.1 is changed so that the Two-turn Penalty is replaced by the One-Turn penalty (one tack and one gybe).
10.2. For minor breaches of the Coastal Special Regulations, RRS 55 and any Sailing Instruction marked with [DP] the Protest Committee may impose any penalty less than Disqualification, or not impose a penalty, at its discretion.

11. Protests and requests for redress
11.1 In addition to the requirements of RRS 61, a protesting boat shall inform the Race Committee of her intention to protest and the identity of the protested boat(s) as soon as possible after finishing or retiring.
11.2 Protest forms are available at the race office. There will be a protest fee of 15 EUR for non-measurement protests/requests for redress/reopening and up to 350 EUR for Measurement Protests. The protest, together with the protest fee, shall be delivered at the race office within the protest time limit. The requirement of a protest fee does not apply to protests/requests for redress from the Race, Technical or Protest committees.
11.3 Protest Time limit is 90 minutes after the last boat has finished the last race of day or the race committee signals no more racing today, whichever is later. The same time limit applies to protests/ requests for redress by the Race, Technical or Protest Committees about incidents they observe in the racing area. This changes RRS 61.3 and 62.2.
11.4 Notices of protests by the Race, Technical or Protest Committees will be posted on the Official Notice Board to inform boats under RRS 61.1(b).
11.5 Notices to inform competitors of hearings in which they are parties or named as witnesses will be posted on the Official Notice Board within 15 minutes of the protest time limit.

Regatta results:
12.3 The regatta results will be determined using Low Point System (RRS A4).
12.4 The decision on the scoring method and scoring parameters used shall be at the sole discretion of the Race Committee and together with length of course, directions of leg and the wind speed shall not be grounds for request for redress. This changes RRS 60.1(b) and 62.1(a).
12.5 The regatta is valid if at least 2 races are completed. One discard will be allowed if more than 4 races are completed, but if there is only one channel race completed in the regatta it shall not be discarded.

13. Safety regulations
13.1. Boats retiring for any reason in any race shall notify the Race Committee on VHF channel 73 as soon as possible and in writing within the protest time limit. [DP]
13.2. Any use of the engine for propulsion purposes for rescuing people, giving help or any other reason shall be reported to the Race Committee on VHF channel 73 and on arrival ashore in writing, stating the reasons for such procedure and the times of starting and stopping the engine. If a boat does not gain a significant advantage in the race, the Protest Committee may impose a discretional penalty. [DP]

16. Equipment and measurement checks
A boat or equipment may be inspected at any time for compliance with class rules and Sailing Instructions. On the water or after arriving in harbour, a boat may be instructed by the Technical committee on VHF channel 73 to proceed immediately for inspection.

17. Official boats
17.1. Official boats will display an RC flag. Failure of any official boat to display her flag shall not be grounds for request for redress. This changes RRS 62.1(a).
17.2. Vessels used by press, photographers, film crews, VIPs etc. are not under the jurisdiction of the Race Committee. Any action by these boats shall not be ground for request for redress by boats. This changes RRS 60.1(b).

18. Support boats
All support boats shall keep well clear of the starting area and, after the preparatory signal, shall not come within 30 meters of any competing boat. A breach of this SI may results in actions under RRS 60.3(d) and 64.4, including a scoring penalty against the boat concerned and/or withdrawal of permission to be in the racing area for one or more days. [DP]

19. Haul-out restriction
From 09:00 on June 1st boats shall not be hauled out except for the purposes of repairing damage and only after written permission from the Protest Committee. While hauled for this purpose, cleaning and polishing of the hull below the waterline shall not be permitted. [DP]

21. Trophies and prizes
Prizes will be awarded to the 1st, 2nd and 3rd place winner of each division of the regatta.

22. Disclaimer of liability
All persons taking part in the regatta do so at their own risk and responsibility. The organizing authority, Yacht Club BAVARIA YACHTS, Varna Municipality, Bulgarian Sailing Federation, IRC, ORC, and any other party involved in the organization of the Regatta VARNA CHANNEL CUP, disclaim any and all responsibility whatsoever for loss, damage, death, injury or inconvenience that might occur to persons and materials, both ashore and at sea as a consequence of participation in the event. Each boat owner or his representative accepts these terms by signing the entry form. The attention of competitors is drawn to World Sailing Part 1 Fundamental Rule 4: A boat is solely responsible for deciding whether or not to start or to continue racing. 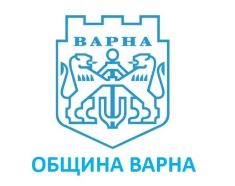 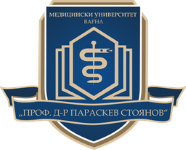